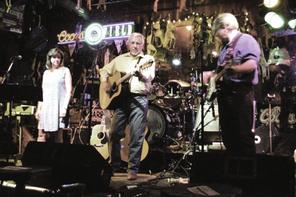 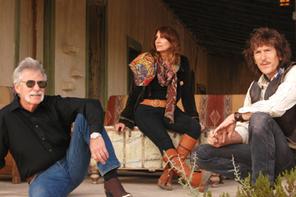 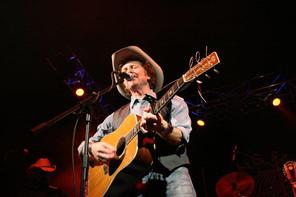 Support: The Scones and Bent Roses

After nearly a decade of performing all over the West with their “60s’ infused” rock group the Strolling Scones, Rick Stockton, Helen Highwater and Harry Knipe have evolved the band into a more compact unit, called simply The Scones.

Performing as a trio with acoustic guitar, banjo, bass and drums, they describe their music as “rockin’ Americana.” All three members of the group are accomplished singers and the group’s sound, centered around the songs written by guitarist Rick Stockton, are alive with harmony. Observing love, politics, the human condition, and never missing a potential hook, Stockton has garnered praise and accolades for his songwriting and The Scones are devoted to performing these songs with energy, humor, and conviction.

Having shared the stage individually or collectively with such names as Joe Cocker, Lyle Lovett, John Cowen, Jack Elliott, Robert Earl Keen, The Country Gazette, John Lee Hooker Jr., Otis Taylor, 3 Twins, Chuck Pyle, and more, The Scones are seasoned pros who provide a high energy, entertaining experience that you will not want to miss!

​Bent Roses is Bill and Susan Roser.  Bill has been playing guitar and writing songs since 1968 in several genres including, folk, rock, country and Americana.  He is an accomplished guitarist employing a unique finger-picking style.  Susan is a talented vocalist who started singing publicly in high school and has been lead vocalist in a variety of bands since the early 1970s.

Bill and Susan met in 1988 and have been playing music together ever since.  Their musical journey was an avocation for many years as they pursued careers in the corporate world.  Now, far removed from that scene, they live near Salida, Colorado and enjoy entertaining at small clubs and venues throughout the Rocky Mountain West.  They particularly enjoy and excel at performing for "listening crowds" where the audience can be very involved in the show.