Shes described as one of the finest singer/songwriters of her generation. And in her case, that description is not hyperbole. With a career spanning four decades, Karla Bonoff has enjoyed critical acclaim, commercial success, enduring popularity and the unwavering respect of her peers. In addition to achieving chart success with her own recordings, Karla has seen her songs become hits for such stellar artists as Bonnie Raitt, Wynonna Judd and Linda Ronstadt. Many of Bonoffs ballads are now pop classics. All the while, she has continued to tour extensively, playing sold-out shows around the world.

Karlas moving vocals on her rich, expressive songs is like standing beneath a sparkling waterfallrefreshing, exhilarating, restorative. And hearing them live can be transformative. In 2007, nearly 40 years into her writing, recording and performing, the singularly gifted singer/songwriter had at last produced a live album. Karla Bonoff Live is a superb two-CD set containing 21 songs, including some of Bonoffs most popular material (All My Life, Someone to Lay Down Beside Me, Tell Me Why, and Lose Again) plus two new compositions. Many fans and critics prefer Bonoffs own renditions of her songs, and they wont be disappointed here. Like her performances, the instrumentation is clean and spare, giving Bonoffs voice room to work its emotional magic on the listener. Live is Bonoffs first solo album since 1999, when she released a 16-song greatest hits collection, All My Life: The Best of Karla Bonoff (Columbia/Legacy). 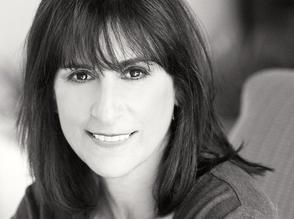