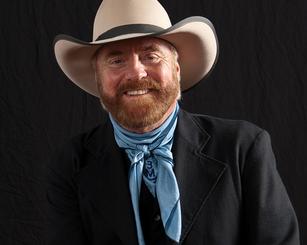 In the 1970’s Rolling Stone Magazine called Michael Martin Murphey “one of the best songwriters in America.”  Now, the “World’s Number One Selling Cowboy Singer” and mega hit singer/songwriter of the ‘70’s classic song, “Wildfire,” with 6 Gold Records and multiple Grammy nominations, Michael Martin Murphey, made a rare Treasure Valley appearance on Wednesday, October 2, and Thursday, October 3, at the Sapphire Room in the Riverside Hotel in Boise.  This was Murph’s first show here in over 5 years at the fabulous and beautifully intimate Sapphire Room.  His new CD entitled “Red River Drifter” was just released and he performed songs from it as well as his many great hit songs like, “Carolina In The Pines,” “What’s Forever For,” “Cowboy Logic,” “Cherokee Fiddle,” and so many more.

The show was opened by Boise’s own singer/songwriter, Andy Byron, who has performed (along with his band, Andy Byron & The Lost River Band) with George Jones, Randy Travis, Travis Tritt, Charlie Daniels, Asleep At The Wheel, Collin Raye, Ingrid Michaelson, Jonny Lang, and…Michael Martin Murphey among others.