"The Echo of Love"

"Jesus On the Grillen"

Byron - Porter (The Echo of Love) from Andy Byron on Vimeo.

Byron - Porter (Jesus On the Grille from Andy Byron on Vimeo.

"Walking With The Man"

Byron - Porter 2 (This Train) from Andy Byron on Vimeo.

Byron - Porter (Walkin With the Man) from Andy Byron on Vimeo. 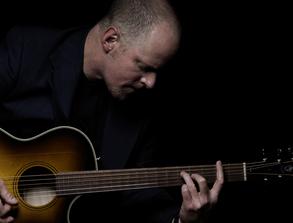 ​"Human Kindness," the latest release from esteemed guitarist/singer-songwriter Willy Porter, showcases his continued growth as a songwriter and recording artist. Porter offers a rich blend of salt and sugar with tracks that move easily from rough-hewn electric edges into soulful irony with equal aplomb. Jeff Giles of Popdose.com says, "It's another solid entry in a discography full of them, and one of the smarter, more durable albums of grown-up music we're likely to get this year."

Having toured with artists as diverse as Jeff Beck and Tori Amos, Porter capitalizes on his experience as a seasoned live performer on How To Rob A Bank. World-renowned guitarist Greg Koch had this to say about Porter's new disc: "you get the same feeling listening to it as you do from one of his solo gig's...that you are in the presence of greatness..." Each song is a fresh cross-pollination of styles, genres and musical forms. In the Woody Guthrie-informed, would-be bank robber's pre-heist confessional title track:

[Porter] sings the bailout blues: 'You can't walk in there brazen with an Uzi like Patty Hearst /I'm gonna secure myself a seat on the board of directors first / That's how you rob a bank.' Given the cyclical nature of corporate scandals, it's likely that How To Rob A Bank — and the rest of Porter's new album...will remain timely for years to come... (The Onion)

Frets Magazine called Porter "a genre-defying maverick." He continues on that path as he easily transitions from the light-hearted McCartney-esque "Lemon Tree" into "I Didn't Bring it Up," in which Porter wryly declares he "checked the oil and cleared the gutters" of mid-life marriage. In the electric guitar driven "Hard Place" he digs into three generations of an American soldier's perspective. The rest of the album includes flavors of New Orleans ("Wide Open Mind"), The Band ("Psychic Vampire") and post-bluegrass country ("Barefoot Reel").

On How To Rob A Bank Porter fills out the production with a deep supporting cast of musicians he has known and toured with for years. The LA-based folk/rock quartet Raining Jane bring their vocal harmonies, cello, sitar and percussion to the disc in warm and subtle ways. LA über-session artist, Reggie Hamilton, lends his virtuosity on Upright Bass to the title track and Weasel Records label-mate Natalia Zukerman sews her lap-steel, dobro and vocal chops into several tunes. For the core heavy lifting on the album, Porter enlists his own seasoned backing band of Dave Adler (keys), Steve Kleiber (Bass), and Dave Schoepke (Drums & Percussion).

Willy Porter "...has crafted some of his most irresistibly tuneful songs yet." (Shepherd Express) In his most recent offering on Weasel Records "Porter [is] at the top of his game, working off his creative debt to Woody Guthrie and Bob Dylan," (Dave Tianen — Milwaukee Journal-Sentinel) while showing his listeners How To Rob A Bank.