​Guitarist and singer/songwriter Willy Porter joins forces with vocalist and Milwaukee native Carmen Nickerson to give you two singular artists with one unforgettable sound. The pair collaborated on the 2013 EP Cheeseburgers and Gasoline and again on Porter’s 2015 record Human Kindness. In 2016 the duo performed as the featured musical guests on NPR’s A Prairie Home Companion.

Together these highly accomplished artists take audiences on a unique musical ride full of heart, grit, energy, and fun that showcases the best of what live music has to offer. 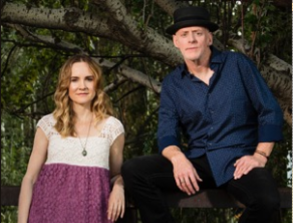